Jonathan Edwards: ‘It almost feels like somebody else’s life’

Jonathan Edwards had always believed a sporting career was out of his reach and yet he has held the world record for the men’s triple jump since 1995. He maintains, however, that it was all just a ‘quirk of fate.’

For more than 25 years, Jonathan Edwards has held the world record for the men’s triple jump with a distance of 18.29m.

Following his sporting retirement, he has become a television presenter primarily for the BBC.

With the Tokyo Olympics starting this week, in his Letter to My Younger Self, Jonathan Edwards advises himself to rely on his support systems, to focus on organisation and, most of all, to dream of the impossible.

I was a very late developer. One of my nicknames at school was Titch. I was tiny when I was 16. I was living in Ilfracombe and a day pupil at West Buckland School, a private school in the North Devon countryside, 20 miles from where I lived. I’d get the bus every day and again at weekends to play sports. My father was an Anglican minister, so the church was a big part of my upbringing. My group of friends was mostly around the church rather than at school. We lived in a beautiful Victorian vicarage overlooking the sea. It was fabulous. I focused more on my academic studies than my sports, because you couldn’t get a job as a sportsman… or so I thought.

I had no idea I was going to be that good and I remain surprised. In many ways, I’m no different from that 16-year-old boy. I still pinch myself that I’m the world record holder in the triple jump and that I’ve got a few medals underneath my bed. If I could go back and tell my younger self what would happen, he never would have believed it. And I find it hard to believe now. It almost feels like somebody else’s life. 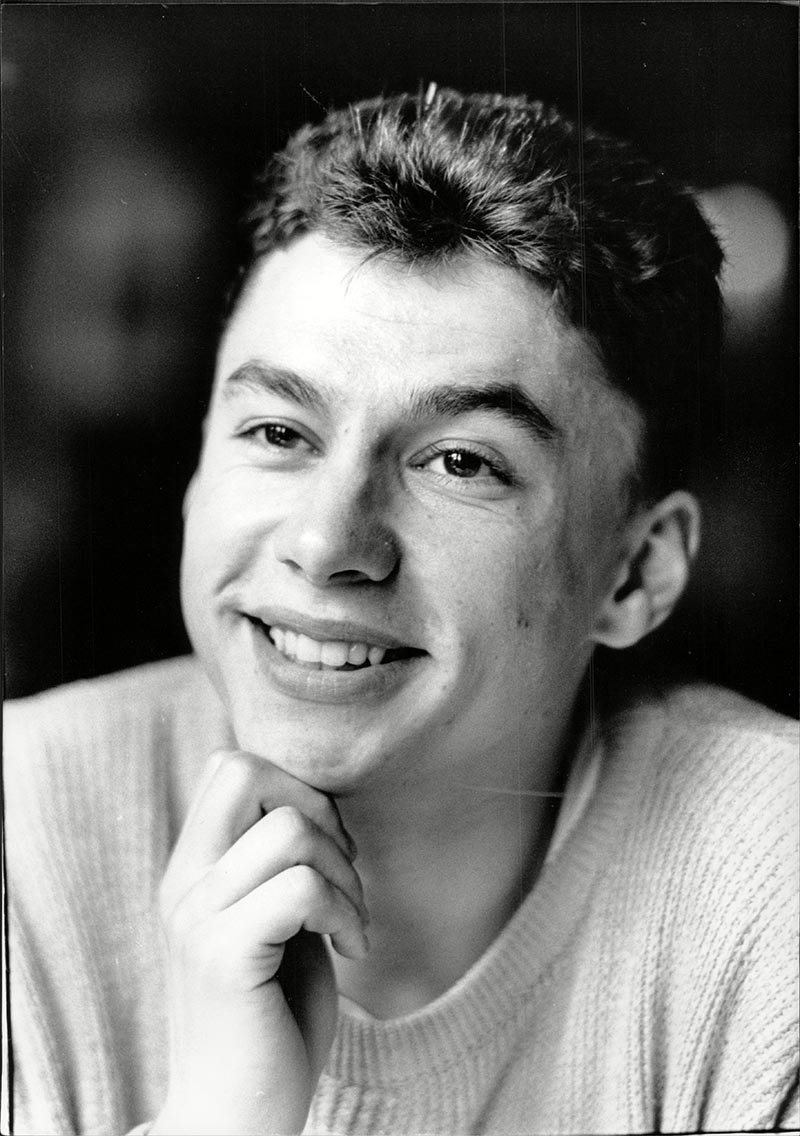 If the system in place now was in place then, it would have told me categorically ‘you’re not good enough’. I wasn’t that good when I was younger in global terms. I’d won the English Schools triple jump, but the guy in the age group two years younger jumped further that year. I didn’t have that tag on me saying, ‘this guy will go far as an athlete’ in the way Usain Bolt did after setting world age-bests all the way through. I was way off the pace. Top coaches talk about the matrix of performance and development – if you haven’t made these steps at this particular age then you’re never going to make it. I buck all those trends.

My faith played a big part in my athletics career. And my father really pushed me. I don’t know why he thought I could go far, but he was proven right. I guess one father somewhere has got to be lucky – we all think our kids will do great things. My belief was that I had a God-given ability so it was my responsibility to make the most of it. It was as naive and simple as that. So I went up to Newcastle, signed on the dole, got housing benefit, started looking for a job and started to train. That’s how it started.

I think we’re more nature than nurture in terms of what we can achieve. I could have wanted with all my heart to have been a triple jumper, but if my legs didn’t have the right makeup and my mind wasn’t constructed a certain way, I never would have made it. Life’s a journey of trying to find out what you can do, what you can enjoy, and how you can make your way – but based on the raw material that you’re born with.

I’ve not done anything to deserve any of this. It’s just a quirk of fate. A lot of people in my position might say, go for your dreams, you never know what can happen. But the truth is it happens to very few people. Not many people go on to be an Olympic champion and a world record holder. So I’m wary of saying things like that, because I don’t think it’s realistic. I count myself unbelievably fortunate to have had the abilities, the upbringing and the support I had. Lots of people work hard and life can be a slog from start to finish and twists and turns happen – just look at the stories in this magazine. So I’m acutely aware of that. Going to my first Olympic Games in 1988 was incredible. Getting my kit, being in the same team as Daley Thompson, seeing Carl Lewis at the training camp. I remember thinking, what am I doing here? But my breakthrough moment was my first really, really big jump – which is still the biggest jump I’ve ever done, a wind-assisted 18.43m at the European Cup in 1995. That was the most remarkable day of my career. I went from being a 17.50m jumper to an 18.50m jumper in the space of four seconds and still remember the sense of disbelief and wonderment at what I had jumped. It was absolutely crazy. It didn’t just expand my horizons, it shattered them and completely rewrote what felt possible. So it had an even bigger emotional impact than breaking the world record twice at the World Championships [in 1995] or winning gold at the Sydney Olympics in 2000.

As long as I was competing, my faith sustained my athletics and my athletics sustained my faith. They were tied together. I had a quite an insular life as an athlete. I didn’t need to go out into the wide world and have my views challenged because I was just based at home, my church, a small circle of friends, training partners and coaches. When I retired, my faith and my athletics were uncoupled, my horizons were broadened because of the work I was doing. That was like my leaving home moment, starting to question and challenge my beliefs. I questioned whether I believed there was a supernatural being called God. I decided that there wasn’t, for me. It didn’t make sense the way it had made sense in my life until then.

I was never one of the lads. I was always very comfortable in the company of girls but romantically I was not confident. When I really liked somebody, I became very shy and didn’t want to get rejected. So I suppose I would tell my younger self to try to be less uptight about being rejected – but everybody feels that, don’t they?

I’d like to think I was quite a laid-back parent. Having had my own change of beliefs, I guess I can be more open-minded about the boys choosing their own way and their own belief system, without perhaps – even if it was with the best of intentions – saying this is the way the world is. I’m honest and realistic with my lads about how things might turn out. But I have tremendous belief in them and support them in whatever they do. In the end, my parents loved and supported me and I don’t think you can do anything much more than that. You get to my age and become a bit world-weary and cynical – so I would not want to pass any of my grumpy old man advice to my teenage self.

Mitigating the emotional trauma retiring from sport can bring is so important. From winning in Sydney until my retirement in 2003 I was starting to think about the future. Being prepared for it from a financial point of view can be a big thing too, because your livelihood is taken away. So I’d tell my younger self it’s about awareness and planning. I was lucky I had people around me who made me aware of this challenge a few years in advance and supported me through it. It would really surprise my younger self that I ended up having a career after athletics that involved speaking in public. I wouldn’t say boo to a goose when I was 16. So to have been involved with London 2012, presenting the Olympics and Paralympics on television, working with companies – it was all about communication in one form or another.

I’m ready to slow down – that’s where I’m at now. I’m enjoying the fact that I’m pretty much semi-retired now. From secondary school at 11, the treadmill of performing in exams, through university to being an athlete and the things I’ve done post-athletics – it’s been exhausting. There is still something of the shy, timid little boy in me. I’m more introverted than extroverted, so being on show and having to perform, as much as I enjoy it, does take energy.

Gold Rush: Our Race to Olympic Gloryairs on Mondays at 9pm on BBC One and iPlayer. The Olympic Games run from July 23 to August 8.